#Blogtour - The Undoing of Arlo Knott by Heather Child

From the press release

What if your life had an 'undo' button?
Arlo Knott develops the mysterious ability to reverse his last action. It makes him able to experience anything, to charm any woman and impress any friend. His is a life free of mistakes, a life without regret.
But second chances aren't all they're cracked up to be. As wonderful as his new life is, a mistake in Arlo's traumatic childhood still haunts him and the temptation to undo, undo and keep undoing could be too much to resist.

Soon after his mother suffers a terrible accident, 13 year old Arlo Knott discovers that he has the ability to jump back in time, only for a short time - enough to undo the punches he has just inflicted on his sister, but, unfortunately, not enough to save his mum. Always a mummy’s boy, already abandoned by his father, Arlo initially uses his ability to fit in, to try out approaches to conversations, to relationships, taking back ‘errors’, seemingly always saying or doing the perfect thing. But, self-centred as he is, Arlo uses his trial and error gift for his own benefit, trying multiple lottery scratch cards until he finds a winner, building a name as a mind reading magician. Even his desire to use his gift for good is motivated by how others will see him. He craves the recognition and reward he once got from his mother.  And Arlo’s decisions become increasingly careless and even unethical...

In truth, ‘The Undoing of Arlo Knott’ crept up on me. Heather Child is a very talented writer who has that rare gift of deceptively simple prose, a writer who disappears and lets the story tell itself. What started and a pleasant novel with an intriguing concept completely drew me in. I became invested in Arlo, who narrates his own tale. Child made him sympathetic even as I questioned his choices and then, too late to go back, I realised where she was going with this, and it is devastating.

I had never read Heather Child before but am really glad I did. ‘The Undoing of Arlo Knott’ is a thought provoking and moving book. I am still thinking about it days, and weeks, later. Thanks to Tracy Fenton of Compulsive Readers for the invitation to take part in the BlogTour and to Orbit Books for the review copy. 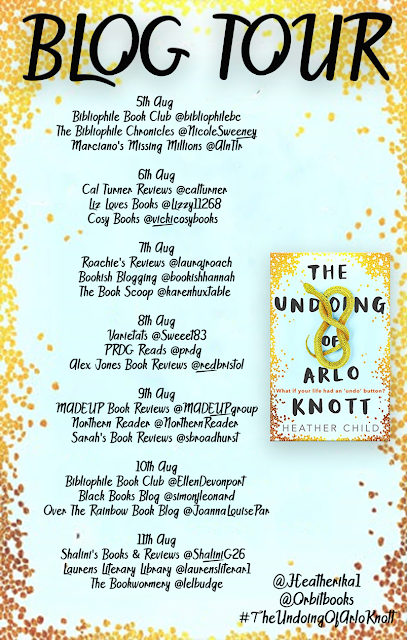 'A real page-turner' – Ian Rankin The Party House by Lin Anderson is a deeply atmospheric psychological thriller set in the Scottish... 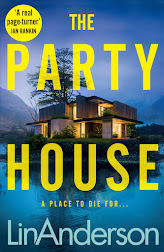